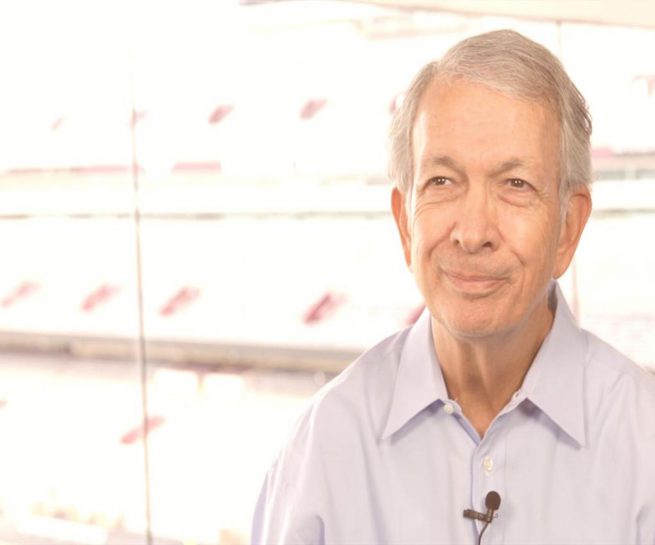 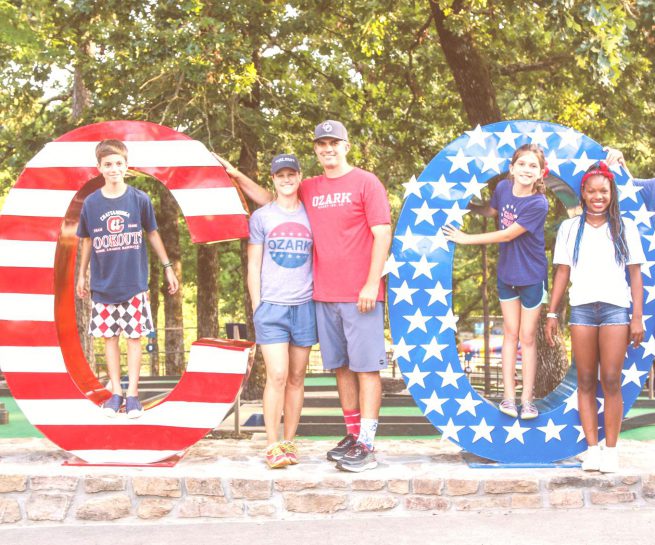 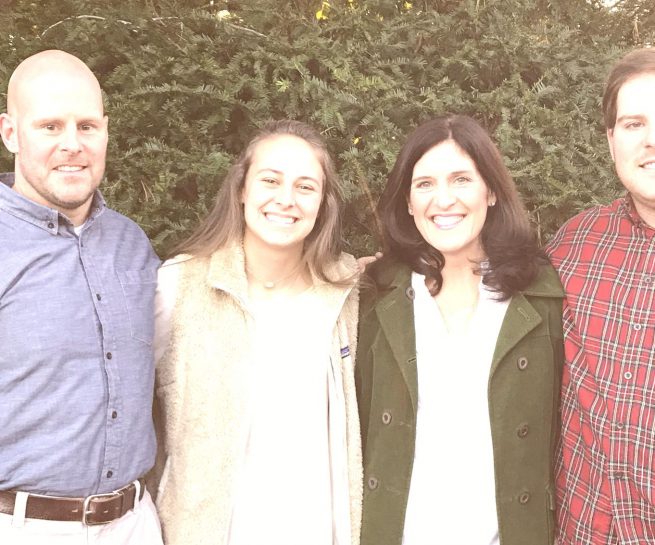 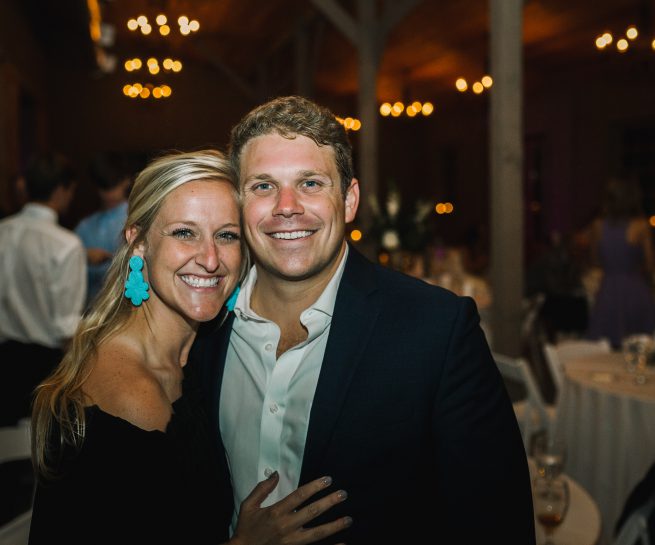 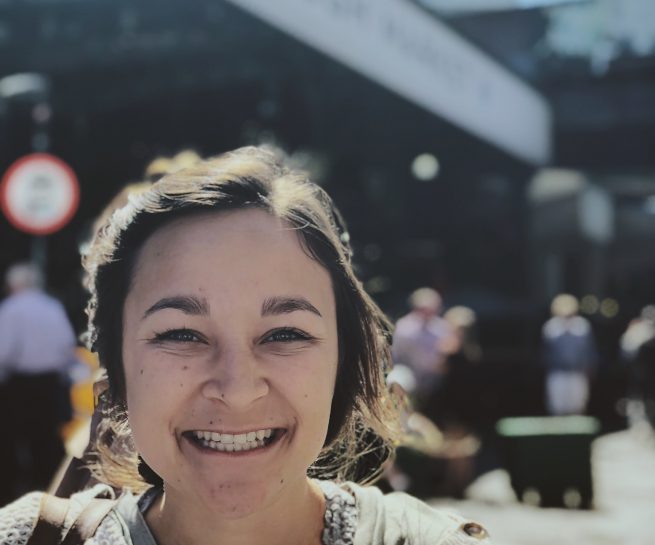 One of Sam greatest assets is his wealth of experience and wisdom across many different fields.  Sam has been a successful business owner, lawyer, investment banker, and entrepreneur.  A life-long fan and supporter of Texas A&M athletics, Sam has been very involved with the university, serving in many different capacities.  Sam was a member of the Corp of Cadets, student senate, varsity baseball team and served as Head Yell Leader during his senior year.  Since graduating from Texas A&M, Sam has served on the 12th Man Foundation in a variety of positions including Board of Directors in 2014.  While on the 12th Man Foundation, Sam coordinated the redevelopment of the Texas A&M baseball complex, Blue Bell Park and served as Co-Chair of the Kyle Field Redevelopment Committee.  Sam is also involved in his church as a Life Bible Study teacher.  In addition, Sam has long been involved in mission efforts in Southwest Mexico through Gloria Al Padre and is a sought-after speaker on sexual abstinence for teens and their parents through the Sex, God and Me program.

Sam is passionate about life, his work, his faith and his family.  He firmly believes that a person should give 100% to whatever he or she is doing, which is evident by the way he lives his life.  His standards are high and his commitment to excellence unwavering.  Throughout his tenure as owner of Camp Ozark, Sam has relentlessly pursed excellence in all areas of camp and remains forever committed to making Camp Ozark the premiere summer camp experience in the country.

Scott’s earliest memories of Camp Ozark were attending family camp with his cousins and relatives in the late ‘70’s. In 1984, his father and mother acquired the assets of Camp Ozark, and Scott attended camp throughout his youth. In fact, Scott has experienced camp from many perspectives: camper, dishwasher, Lake Crew director, and Head Boy’s counselor. Throughout his Camp Ozark tenure, Scott has been able to observe first-hand the unwavering commitment that both his father Sam and his mother Susan made to the mission and purpose of Camp Ozark.

Scott, along with his sister Angela, oversees all aspects of Camp Ozark. Scott is particularly involved with the Ozark staff, marketing, camper and camp family relations, camper registration and the incomparable Camp Ozark website. Scott is also co-director of the Camp Ozark Foundation.

Scott grew up in the Houston area and attended Texas A&M University, where he served as Head Yell Leader. After completing his law degree at South Texas College of Law, Scott pursued a career in commercial real estate. Eventually he and his partners (including his brother) formed their own company which was later acquired by a national firm. In 2007, Scott and his wife Secily decided to make the same commitment that his mother and father did in 1984 and now he, his wife Secily and his four children live the incomparable Ozark life.

Scott brings great perspective and vision to Camp Ozark. His commitment to pursuing excellence in all areas is a reflection of his passion for making Camp Ozark truly incomparable, and for carrying on the best traditions of Camp Ozark while looking to the future. Scott has immense talent for managing large, complex projects while also paying attention to the smallest detail. Scott possesses a genuine, Christ-centered passion for others, particularly those less fortunate, and a wry sense of humor.

Scott began dating his wife Secily in the fall of 1992 as a result of their Camp Ozark counselor experience. They married in the fall of 1996 and have four children, Sam, Jack, Tucker and Anna Scott. Both Scott and Secily are active in the community, serving in various capacities for Family Point

Patrick first connected with Camp Ozark in 2002 as a college freshman. With the exception of a two-year sabbatical to finish graduate school, Patrick has worked at Camp Ozark each and every summer since then. During his time as a member of the Summer Staff, Patrick served in several different roles:  younger boys’ counselor, older boys’ counselor, Top Staff, and (perhaps most importantly) a 3-time Osage Chief.  While spending each of his summers at Camp Ozark, Patrick triple-majored as an undergraduate at Vanderbilt University before completing his graduate theological studies at Harvard and Duke…and then Harvard again!

Some of Patrick’s favorite things about contributing to the Camp Ozark family include helping teenagers think through important faith questions, witnessing the life transformation that happens among young people at Camp Ozark, and talking to parents across the country about the Incomparable Camp Ozark experience! Beyond work, Patrick is a passionate sports fan, particularly regarding Duke basketball, St. Louis Cardinals baseball, and Dallas Cowboys football.  He loves spending time with his family, watching sports, and going to see big-budget action movies.

Originally from Kilgore, Texas, Debbie began working at Camp Ozark in 1985 while a student at Baylor University. In fact, Debbie was one of the very first people hired by Sam and Susan after they purchased Camp Ozark in 1984. Debbie also has the distinction of being the original Mish Mash lady!

With over 20 years of experience at Camp Ozark, Debbie has served as a cabin counselor, Head Girl’s counselor, Top Staff and Permanent Staff. Debbie now oversees all aspects of our summer staff hiring, training and supervision. Debbie is also responsible for all HR concerns relating to the Camp Ozark permanent staff.

Debbie has a gift for encouraging and bringing out the very best from our summer staff, and plays a critical role in ensuring our cabin counselors meet the very high standards of Camp Ozark. Debbie’s greatest joy at camp is seeing the hard work of staff recruiting result in an incomparable camp experience for the campers, of finding those staff members who can truly make a difference in a camper’s life.

Due to her husband’s service in the U.S. Marine Corp., Debbie has lived in several different places, coast to coast, while working for Camp Ozark. Debbie currently lives in Chattanooga, Tennessee, where she loves to spend time with her family, attend her kid’s sporting events, and run and hike the mountains in the Chattanooga area.

Debbie met her husband, Wade, at Camp Ozark while both were working as counselors, and married in 1990. They have 2 children, Andy and Bailey, and 2 huge dogs, Moose and Molly.

Ali Monk is a native of Austin, Texas and a proud graduate of the University of Texas at Austin with a degree in Communications. A passionate Longhorn, Ali spent her college career as a YoungLife Leader, an active member of Chi Omega, and a freelance dance choreographer.

Ali still has the opportunity to work as a freelance dance choreographer, and has had the privilege of working for Spirit of America Productions as a choreographer for the Macy’s Thanksgiving Day Parade for the past 11 years. Ali met and married her husband, Ben Monk, a former Ozone Ministries Area Director and Camp Ozark Senior Assistant Director, as a result of her Camp Ozark experience. The two live in Dallas, Texas and are forever grateful for their place in the Ozark Family.