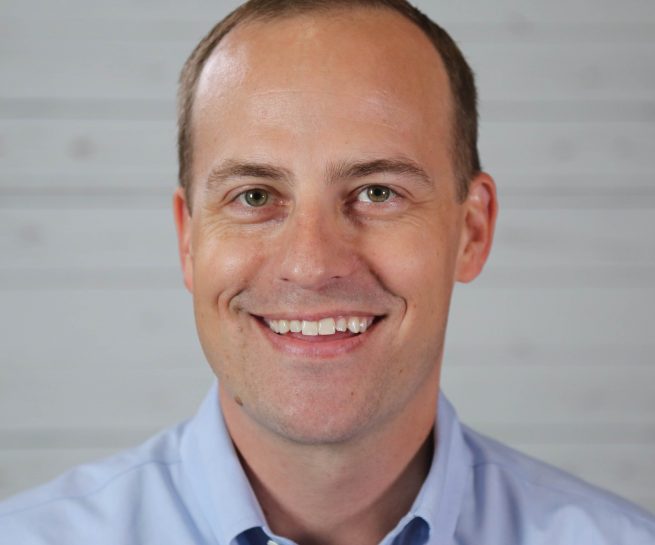 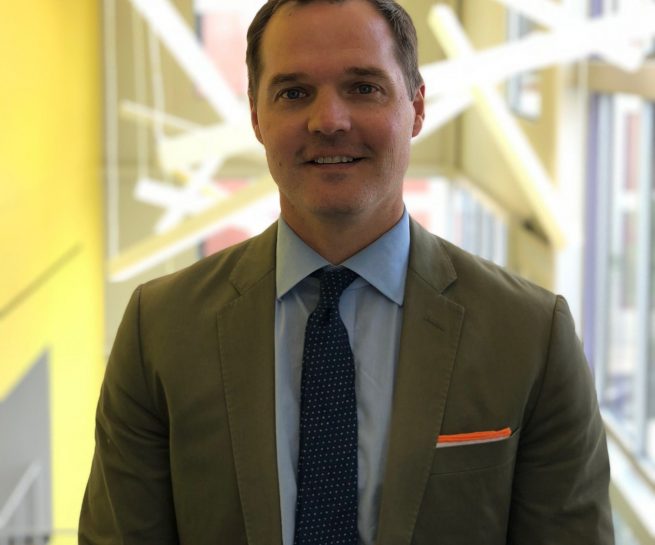 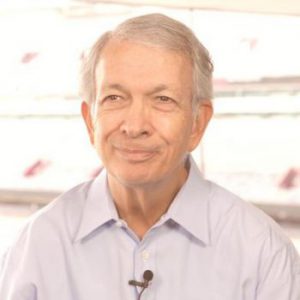 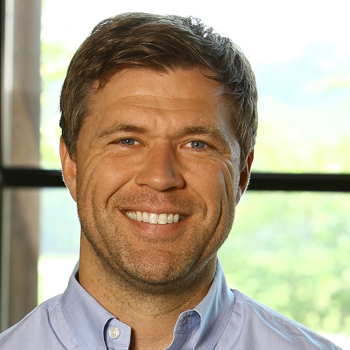 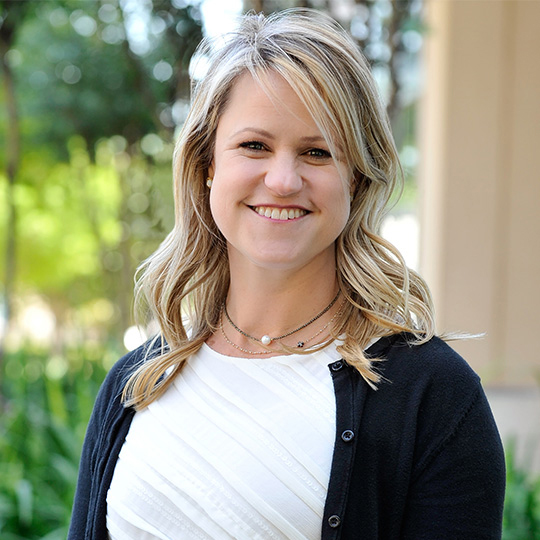 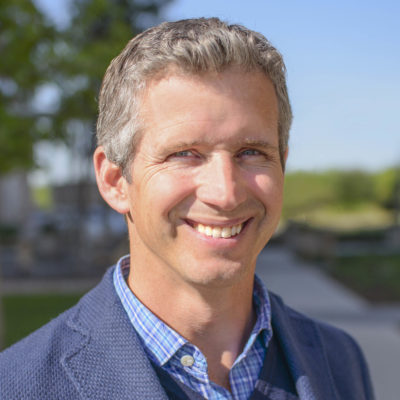 Dr. Bethancourt was Executive Vice President of the Ethics & Religious Liberty Commission of the Southern Baptist Convention from 2013-2020.

Dr. Bethancourt has been married to his wife, Cami Bethancourt since 2005. They are raising four boys; Nathan, Lawson, Weston and Hudson.

Carson graduated from the University of Saskatchewan in Saskatoon, Canada with a BA in Sociology.

Carson spent fifteen summers as a part of the Camp Ozark Family.  He worked on the Lake Crew and as a counselor in the late 90’s and early ‘00’s, and then spent eleven years on the Permanent Staff as an Associate Director. While on staff at Camp Ozark, he met and married Hilary West and they have been married for 15 years. Hilary continues to serve Camp Ozark as a Camp Mom for 1st Session and Ozark For All. They have two Osage Children, Cooper (10) and Annie Austen (8).

Carson has spent the vast majority of his life working with organizations and leading teams that endeavor to develop relationships and provide mentors.

One of Sam greatest assets is his wealth of experience and wisdom across many different fields.  Sam has been a successful business owner, lawyer, investment banker, and entrepreneur.  A life-long fan and supporter of Texas A&M athletics, Sam has been very involved with the university, serving in many different capacities.  Sam was a member of the Corp of Cadets, student senate, varsity baseball team and served as Head Yell Leader during his senior year.  Since graduating from Texas A&M, Sam has served on the 12th Man Foundation in a variety of positions including Board of Directors in 2014.  While on the 12th Man Foundation, Sam coordinated the redevelopment of the Texas A&M baseball complex, Blue Bell Park and served as Co-Chair of the Kyle Field Redevelopment Committee.  Sam is also involved in his church as a Life Bible Study teacher.  In addition, Sam has long been involved in mission efforts in Southwest Mexico through Gloria Al Padre and is a sought-after speaker on sexual abstinence for teens and their parents through the Sex, God and Me program.

Sam is passionate about life, his work, his faith and his family.  He firmly believes that a person should give 100% to whatever he or she is doing, which is evident by the way he lives his life.  His standards are high and his commitment to excellence unwavering.  Throughout his tenure as owner of Camp Ozark, Sam has relentlessly pursed excellence in all areas of camp and remains forever committed to making Camp Ozark the premiere summer camp experience in the country.

Jason Dunn serves as President for SPOT, a simple pipeline and materials traceability application designed to set an industry standard for all data collection and communication surrounding pipe and pipe logistics. Jason developed and integrated the utilization of smart phones and tablets to provide real-time data collection with updates directly from the field without downtime. The implementation of SPOT is a game changer in the Midstream industry. Knowing pipe’s location, at all times, saves the clients both money and time.

Jason has been invaluable in many different areas within Jones Companies. In addition to his work on SPOT, he developed and implemented inventory systems for both DixieMat and Jones Lumber which are still in use today. He widened his understanding of each company as Sales Manager for Dixie Mat, Business Development for JB Transport and Project Manager during the BP oil spill clean up. Before coming to Jones Companies, Jason was the creator and co-owner of The Mat Source and sales development for New South Equipment Mats.

Jason received his Bachelor of Arts in Political Science with a minor in Business Administration from Texas A&M University. He currently lives in Hattiesburg, MS, with his wife, Mary Clayton. They have four wonderful children, Jay, Jack, Emma and Caroline.

Dr. Secily Torn was born and raised in Amarillo, Texas. She attended Texas A&M University, where she received a degree in Biomedical Sciences in 1995. She graduated from the University of Texas Medical Branch at Galveston in 1999 and completed her pediatric residency training there as well in 2002.

In 2003, Dr. Torn became board certified in pediatrics and became a Fellow of the American Academy of Pediatrics. Dr. Torn then worked in group practice from 2002-2005. In 2006, Dr. Torn joined Dr. Jung and Dr. Pielop at Blue Fish Pediatrics. Currently, she job shares with her sister, Dr. Amanda Brack.

Dr. Torn met her husband, Scott, at Camp Ozark and they were married in September of 1996. They have three wonderful boys: Sam born in 2000, Jack born in 2002, and Tucker born in 2005, and one beautiful girl, Anna Scott born in 2007. She and her family attend The Fellowship of Memorial where they are involved with KidzPlanet and FamilyPoint Resources (a non-profit that serves underprivileged children in the area). In addition, Dr. Torn co-hosted “Ask the Doctors” on KSBJ, a local Houston radio station. In her free time, she enjoys tennis, running, hiking, and spends part of her summers as the Camp Doctor at Camp Ozark. Most of all, she enjoys being “Mommy” to her four children.

Bryan has been responsible for deal structuring, financing, raising capital, and compliance on over half a billion dollars of real estate transactions over the last seven years. Before joining Cephas Partners, Bryan served as Partner & General Counsel at Macfarlan Capital Partners, LP, where he focused on unique debt and equity investments in the commercial real estate sector and served as a member of the investment committee. Prior to joining Macfarlan in 2011, Bryan was a Partner at Thompson & Knight LLP, where he maintained a law practice focused on the acquisition, disposition, financing, development and leasing of commercial real estate. Bryan regularly represented portfolio lenders and other financial institutions in connection with defaulted loans and loan administration, and gained significant experience representing special servicers in the CMBS market, handling foreclosures, receiverships, loan sales, loan modifications, and restructuring. Bryan practiced at two other Top 100 law firms in Dallas prior to joining Thompson & Knight. Bryan graduated from the University of Regina, Canada, with a B.Ed. in Secondary Mathematics in 1997. After making his way south from Canada and working at Camp Ozark for several years, Bryan attended Baylor University School of Law, where he earned a J.D. in 2002. Bryan has served on the Board of Orphan Outreach since 2016, and is a member of Normandy Church, where he serves as Chair of the Real Estate Committee. Bryan is married with four children, and while he was raised in Saskatchewan, Canada, he is now a proud Texan and has determined that he actually prefers warmer climates.